10. 'Warwick Avenue' - Duffy
Bangor-born, Dusty all over, the sight of Duffy weeping through 60s eyeliner as a cab pulls off from an obscure tube station is the singular sorrowful comedown image which followed all my 2008 disco highs. ‘You think you’re loving but you don’t love me’ cut a little too close to the bone this year, but oh the pleasure and the pain in that voice ...


9. 'No Lucifer' - British Sea Power
Might also be my top video of the year, this track is one of the growers which BSP specialise in. In twenty years time tracks like this will make musical archivists wonder why they weren't the biggest band in Britain. To me they might be.


8. 'The Bones Of You' - Elbow
The only vinyl I bought this year and already feels like a classic, Elbow have been in my life in several wonderful ways this year and this was the prime cut from Mercury-winning The Seldom-Seen Kid. 'I took a hammer to every memento' has been a touchstone line in 2008's darker days.

7. 'Morning After Midnight' - Adam Green
My favourite accidental find of the year, Adam Green the Jewish James Dean plied one of the sassiest and (gasp) funniest tracks of the year with a glorious androgynous muck-up vid to boot.


6. 'The Rip' - Portishead
Eternal thanks to Thom for directing me to a glorious Lazarus-like infusion of faith in Portishead. Yes, that trip-hop band the stoners played to death at University. They came back with an ultra-modern album of mechanically-retrieved soul and this, their finest song to date in my opinion, was given a kiss of approval by a Radiohead cover should you dare harbour doubts as to its other-worldly merit.

5. 'Suffragette Suffragette' - Everything Everything
The great white hope. Recently discovered, homegrown, sophisticated, smart, witty, complex, arresting ... if this band were a man I'd be dating the fucker. This track belongs amongst the year's finest and the future belongs to this band.


4. 'Time To Pretend' - MGMT
I know 'Kids' is probably the cooler choice but the number of times the opening Grandaddy-esque kiddie-toy synth on this track has given me a second wind this year makes it my MGMT highlight hands down.

3. 'Lights Out' - Santogold
Not representative of her output in any way, but what track could be? This seemingly off-the-cuff pop cut is actual genius, distilling 90s guitar riffs into something Kim Deal would be proud of. Santi's finest to date.


2. 'California Girls' - Magnetic Fields
Possibly anathema to have a non-Merritt lead vocal as an MF track of the year but the mix of witty feminist critique, Beach Boys punning and crashing Mary Chain reverb combine to say what Pink's 'Stupid Girl' tried to without the painfully flat-stomached hypocrisy. Stripped down acoustic versions show what timelessly sweet structure underpinned the song all along.

1. 'Mars' - Fake Blood
Everything I love about dance music in four minutes flat, faceless, possible superstar origins (is it Soulwax??), futurist noise pollution and contagiously clipped beats. Trippy Charly-esque beast noises lure you to a darkened world where suddenly the houselights are thrown up to reveal Altern 8-styled in your face aciiied noise terror! The first 'MARS!' is guaranteed to make the hairs on the back of my neck go ping. I literally CANNOT make my feet behave when I play this track. Song of the year.

Posted by Unknown at 15:33 3 comments: Links to this post

My Helen of Troy setlist 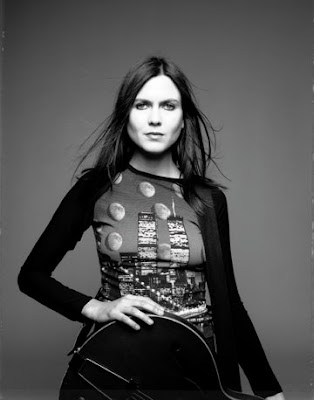 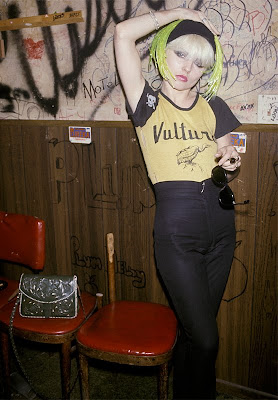 Helen of Troy Does Countertop Dancing 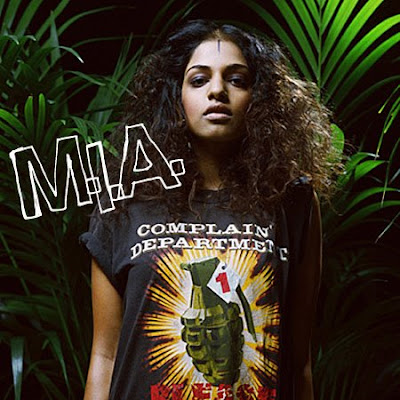 This club has provided me with some of my bestest nights out this year so I'm more than honoured to have been asked to lend my DJ 'skills', such as they are, to their final party of 2008. Not only is it their last blowout of the year, it's the last ever of Helen of Troy in its current incarnation. Sob! So if you've been promising yourself a trip down there, NOW is the time to do it. 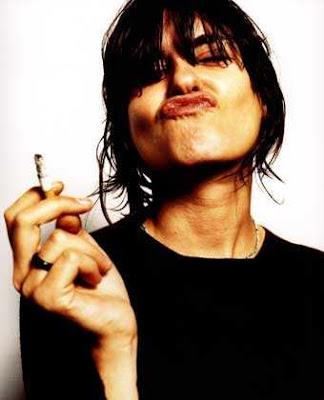 BUT, all is not lost, Marie-Claire and Lyndsey will be putting on more Helens with additional style and flair in mysterious new incarnations in the New Year. Eyes and ears peeled! Not to mention the fantastic Helen blog, fast becoming THE touchpoint for all things witty and wonderful in new women's music. So, for the last time this year head down to Charlie's and feast your ears on decade-spanning music from the great and good of women in rock, dance, pop, indie, electro, r 'n' b and everything in between. You're spoiled this time too, not only will the resident girls be womanning the decks but Thom 'The Bomb' Docking and Caroline Topham are also taking a turn, plus my own 90 minute set of danceable divas, slick noise terror, platinum cheese, forgotten classics and one-hit misses. See you there.

Helen of Troy Does Countertop Dancing
Charlie's nightclub, Harter St, off Princess St
Manchester M1
10 pm till 4 am
£4 in, £3 with flyer or NUS

Posted by Unknown at 15:47 2 comments: Links to this post