Another ambitious double-header comes to town from Propeller Theatre Company. In hot pursuit of the twin outing (no pun intended) of 2011's 'Richard III' and 'The Comedy Of Errors', this time around the all-male players present 'Twelfth Night' and 'The Taming Of The Shrew', playing on alternate nights and a matinee at The Lowry. An all-male cast they may be, but that's the only thing remotely 'traditional' about the company. Propeller's approach to the texts is both irreverent and devoted, and their productions offer other such rewarding contradictions; slapstick yet wonderfully choreographed, raucous but impeccably musical (all the cast seem to be accomplished musicians alongside everything else). Whether any common threads or new revelations will be drawn out between two very disparate plays over two consecutive nights' performance remains to be seen, but I'll be attending with a very open mind. 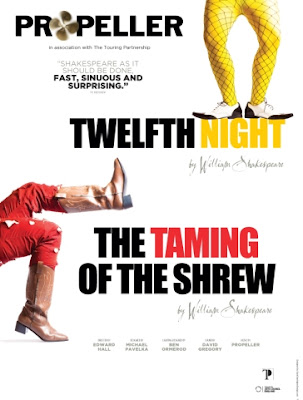 Don't forget to check out The Shakespeare Girl next week for my reviews.

Posted by Unknown at 20:26 No comments: Links to this post

Labels: preview, Shakespeare, The Lowry, the taming of the shrew, theatre, Twelfth Night


‘There’s a sort of ‘against all odds’ vibe to this place, there’s a culture of acceptance but also of independence….’ 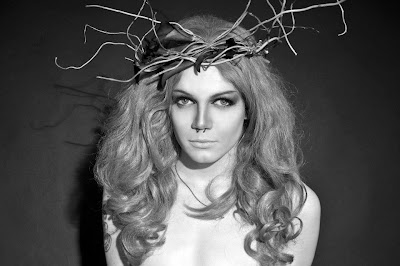 I’ve tried a little bit of everything, shop work, writing for a fashion magazine, partying. But I’ve just started a course that should finally get me into University to study Public Relations.

I’m living in Altrincham at the moment, it’s a Cheshire postcode but technically it falls within Manchester so it’s the best of both worlds while I’m studying really.

I’ve lived here my whole life, but I’ve done a lot of moving around. As a teenager I never really felt like I had a home except Manchester. It was never any specific place, just the streets and the buildings and the lights. I never spent more than a week anywhere at a time. I used to just disappear into the city, it drove my parents wild but there was always something I loved about never being tied down to one place. My friends and I would spend a couple of nights in a hotel or a friend’s place or a squat or guys’ houses. There were nights we had no money and we just slept rough or queued up for hostels. Those years were fluid, nothing was constant. People came and went and home was wherever you laid your head, home was just Manchester. I have a tattoo that I got done when I was seventeen, I was drunk and it was spur of the moment when a friend offered to do it, but it was something that I’d been thinking about for a while. It’s lyrics from the City & Colour song ‘Coming Home’, worked into the art from his first record and it says: ‘And hell you know it ain’t worth shit’. The whole song is Dallas Green listing the places he’s been to, but none of it matters because he’s coming home to the person he loves. It’s something deeply personal to me; I’ve never really felt at home in any one place and the tattoo represents that ongoing search for my one true home. It’s a reminder that no matter where I go, or what I’ve done, that Manchester has been a home to me.

It’s been a home when I had none. But it’s not just home in that the streets and bars and hotels were my home. Manchester is such a nurturing city, and there is such history here. Some of the greatest bands, clubs, thinkers, writers, and people in every field have come from this town. I’m proud to be from somewhere that has been pushing the boundaries in so many ways for centuries. There’s an environment of acceptance here, I’ve grown up in a city where completely different groups of people, different cultures and subcultures all exist in their own sort of harmony. There’s a sort of ‘against all odds’ vibe to this place, there’s a culture of acceptance but also of independence. So many times I’ve seen minority groups that anywhere else would be mortal enemies defending each other and standing up for individuality. It’s something I’ve genuinely never seen anywhere else.

I think Manchester’s stuck in a rut at the moment; we have this incredible city that’s given so many great things to the world but there’s this massive question of ‘What’s next?’ A lot of the city is being modernised with buildings like Beetham Tower that just don’t really fit with the city. It’s like this directionless modernisation for the sake of modernisation. There haven’t really been many interesting developments in the culture scene, there are a lot of small club nights but there’s nothing big and new. I think the city just needs something new and fresh, it needs to be revitalised. There’s also a lot of history for me here. I’m planning on moving away next year because having lived here my whole life every street has a memory. There’s a lot of dark shit that went down here for me, parts of my life that a lot of people don’t know about, and in a way that’s personal to me there are memories that I need to get away from before I can come back. I love Manchester but maybe I’m just too jaded now, it’s a great city and I think it’s sad that I’m driven to a point where I don’t feel I can live here anymore. I will definitely come back one day, there’s just a lot of shit I need to get away from so that I can move on.

I’d have to say The Royal Exchange. I love the Victorian architecture in the Classical style and the arcade between Cross Street and St Anne’s Square is home to the tobacconist’s which is one if my favourite stores in the city. What really sets The Royal Exchange apart for me and makes it my favourite building is the theatre inside. I’ve seen so many productions there and the theatre in the round space is one of my favourites. I love the Apollo 11-esque theatre module suspended from the main columns in the hall. The contrast between the intricate Victorian architecture and the modern engineered theatre below the hall’s main glass dome is, I think, an incredibly successful one. Pictures don’t do it justice, you have to visit and see a production there, the atmosphere is unique and it’s a space I just love being around. 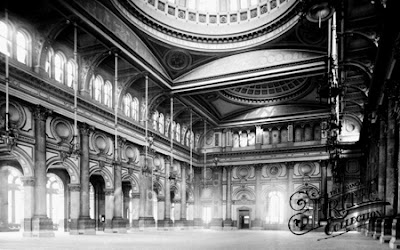 I don’t think I could say, there are so many great people that have come from this city. Tony Wilson and Emmeline Pankhurst have to be up there, I mean one of them essentially gave the world Joy Division and the other is largely responsible for women’s rights in this country. I will say though it’s a special thing to be a Mancunian and a lot of people who aren’t from here don’t understand that. There isn’t really a sense of national pride in Manchester; it’s the city not the country that gives us our heritage and our unyielding sense of pride.

I always loved Bar Below on Canal Street. I was never really into the whole scene there, but Bar Below was something special. I don’t know what it is now, it’s changed names and hands a few times since I last went a couple of years ago, it’s a shame. It’s a tiny basement space but it was so well decorated and run, it was intimate and elegant with a couple of sofas, a short bar and some of the friendliest bar staff. I had some great times there, just having a drink and meeting people without the queeny pop music vibe in the rest of the village, there was this dope guy on the bar who always played Blondie records and I remember this Debbie Harry shirt he wore a bunch of times. I miss that place.

Like I said earlier, we need something new and fresh. Manchester’s still a pioneering city but it’s been that way for so long it’s kind of passé. We have a lot of shit happening that doesn’t happen in other cities, and some really great individual scenes but Manchester has always been that way so it’s nothing new. It needs something even bigger and even more ground-breaking, especially with the destruction of places like Legends on Whitworth Street. There are a lot of people who I’m sure would lynch me for saying this but Legends had become stale, but it is sad to see it go. It’s an historic part of the city and it’s disappearing to make way for a hotel, it’s like the Hacienda story all over again. Inch by inch the concrete evidence of this great city is being eroded for what, hotels and apartment blocks? It’s time we created new cultural landmarks and gave Manchester some new history, and you don’t have to be a born and bred Mancunian to do that.

Pass an act to ban Ian Simpson from getting any more development contracts in Manchester. Parkway Gate student accommodation isn’t bad, but Beetham Tower is horrible and the plans for Sharp Street, First Street and a lot of other areas in the city are very similar. Planning permission is approved for a lot of his designs already and soon Manchester will just be full of tall, emotionless, cantilevered glass shit. I would definitely stop him or whoever is approving these plans, Manchester is a city with soul and it doesn’t need soulless modernisation for the sake of it.

Ian Simpson, I’d like to find out why he seems to hate Manchester so much! Vendetta aside I think it’d be interesting to see university students’ answers to these questions. All my answers have come from a place of living here my whole life, I never really chose to be here and the city has informed the person I am today. I’d like to get a whole new perspective from someone to whom the city is fresh and new, see what it is that draws them to current day Manchester from the outside.

Posted by Unknown at 21:37 No comments: Links to this post