A radical past: 'Rid The World' at The Lowry

A play about ordinary people uniting for social change in the face of impending state violence. I guess drama doesn’t get much timelier than this. The Lowry are staging Breath Out Theatre’s production of Rid The World. Based on Such Impossibilities, a screenplay by Trevor Griffith, adapted by Rob Johnston, the play traces real-life events from early twentieth-century Liverpool when strikers brought the city close to revolt:

‘1911. Britain is on the brink of social change. Political activist Tom Mann comes to Liverpool to co-ordinate what would become a full-blown transport strike, transforming Liverpool into a city with its own sense of working-class outrage and social responsibility. As gunboats patrol the Mersey the workers of Liverpool stand together to face odds that are heavily stacked against them.’

Revolution is in the air again, not just nationally of course, but globally. It’s worth remembering the freedoms we enjoy were hard-won by forbears like the Liverpool strikers. It’s easy to feel despair and apathy about The Struggle, sometimes artistic tonic is required to keep the flag flying. Rid The World might just help do the trick for the battles to come.

Posted by Unknown at 22:37 No comments: Links to this post

It’s like a strange wish-fulfilment dream. You have an email from a stranger saying: ‘Would you like to come and hear David McAlmont perform at my flat, for free?’ The address is a few hundred yards from my front door. We turn up on a Wednesday night for the musical ‘salon’ and are shown into a beautiful duplex apartment overlooking the Cornerhouse where there is wine and a keyboard and a gathering of about thirty similarly lucky attendees, including a few friendly faces.

I sit on a couch at the front of the room with my white wine while the host does a brief introduction, explaining that both David and Jane Siberry have performed here before. And suddenly, there is David, standing a metre away on the rug, charming, erudite, singing unamplified with that voice that is unique and rich and startling. (As Taylor Parkes famously said, ‘One day he’ll open his mouth and a cathedral will fall out.’)

Accompanied by wonderful keyboardist Guy Davies, they open with a slick, drawling bluesy number that showcases all the range, control, playfulness and sincerity of David’s vocals. Personal highlights include a heart-wrenching version of ‘You Do’, a song I’ve had real break-ups and break-downs to. It is flawless and tragic tonight. I try to remember exactly what David is singing each time I catch his eye, but I’m too wrapped up in the moment. I think I hear ‘words’ and ‘promises’. Or maybe it was ‘birds’? In any case I find myself chanting ‘words, promises’ like a little mantra, and am still singing ‘You Do’ when I go to bed the night after.

David also pays homage to his cherished Tiger Bay Diva in a hypnotic, bare-bones version of ‘Never Never Never’. Effortless and moving. He says wryly, ‘When I realised God had given me the timbre of voice that could make people cry, I knew I’d have a long career ahead of me’. Such is the power of sad songs. 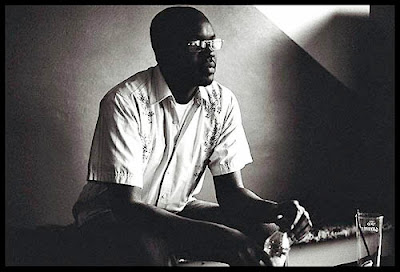 After the performance, in something of a daze, I chat to David, reminding him of the time we briefly met, in 1996 at a Suede fanclub gig at the Hanover Grand. David and Bernard Butler had released their first album the year before and the Suede gig showcased the new line-up, with Neil Codling on keyboards, so it was something of a shock to see David at the bar. He admits, ‘I thought I was going to get lynched that night.’ I’ve been a fan of his music since that first McAlmont and Butler record. It’s only taken me sixteen years to get round to hearing him perform. I won’t be waiting that long again. A live concert is simply the best way to experience his talents, and you can do just that when David, Guy and a full band play The Lowry on the 17th of February. More dates are here, and if for some unearthly reason you can’t make it to a gig, there will be a live DVD and CD released to accompany the tour, on Valentine’s Day. That’s your gift sorted then.

Here are some of my favourite David songs to whet your appetite. See you at The Lowry.

Posted by Unknown at 11:13 No comments: Links to this post

Quilt, a novel by Nicholas Royle 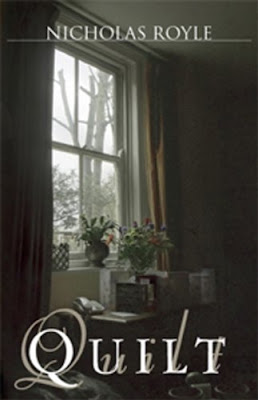 Quilt is ostensibly the story of a man dealing with his father’s death. The death occurs in the opening pages and follows that of his mother two years earlier. In some kind of beleaguered response to these events, the protagonist, with the help of his long-distance girlfriend, installs an aquarium in his parents’ lounge, housing four rays. The creatures become the starting point for metaphysical considerations that seem eventually to detach the protagonist from reality.

The rays are not the first metaphysical fish in literature. Those who’ve read Steven Hall’s The Raw Shark Texts can draw comparison with that novel’s ‘word shark’ and its representation of trauma. Hall‘s novel is a more fantastical endeavour; Royle’s is shorter and more tightly focussed, and perhaps more effective because of it.

The inside cover image alerts us to a visual comparison to be made between a shoal, or ‘fever’, of rays, and the design of a patchwork quilt, setting up metaphorical possibilities from the outset.

What do we know about quilts? They are domestic and familial, often heirlooms. One tradition sees quilts pass down the female line, each recipient adding or decorating a panel. They are used in times of illness and bequeathed at death. (The famous AIDS remembrance quilt extrapolates these ideas into a vast personal memorial). This all seems to tally with the theme of generations and mortality in Royle’s novel. The prose is also punctuated throughout with the Omega symbol, connoting death and an ending, another thematic link.

In some respects this is a fitting book to complete our unit, relating as it does to a number of other works studied. The significance of the house compares with The Rain Before It Falls. The weird metaphysical angles are reminiscent of Amaryllis Night And Day. The importance of material objects and memory is also seen in The Blindfold. The detachment of rationale, and possible metamorphosis, harks back to The Horned Man.

Language in Quilt is remarkable, the vocabulary is rich and unusual. Early on we come across ‘aporia’, ‘lachrymosity’, ‘analepsis’, ‘lexemes’ – but it’s sometimes colloquial too: ‘gubbins’, ‘clobber’, ‘no-brainer’. Sometimes it’s a great pleasure to read with a dictionary, and this is evidently a novel not just to be read but to be studied, but it has drawbacks. The pleasures of a bold vocabulary can intervene on narrative flow. At times the prose suggests it is not meant for those of us with a less than highly-advanced grasp of the language, even while its themes assert themselves as universal.

But it is enjoyable. Royle uses linguistic quirks such as alliteration, double meaning, rhyme, anagram. The writing is reminiscent of poetry more often than prose, and in some cases of specific poets. These lines from page 5 might invoke Dylan Thomas:

‘What has made it possible in the past between us, to keep away weeping, all these years, is gone. Because it is going it is gone already. In his esoterically Buddhist way, he has always stressed the joys of silence, the turns of taciturnity. To tire the sun with talking and send him down the sky was never an option. Conversation with my father has always been a minimalist art. And from his eyes in all these years unwitnessed, it now occurs to me, even a tear of sadness shed.’

‘Neither fish nor fowl, they move like moles in the gravel of the substrate, burrowing and blowing up air, like animated pancakes, or stay at rest on the bottom, half-hidden dark moons.’

The protagonist and his father shared a love and command of language and it is the disintegration of this that signifies life or reason ebbing away. In his final days his father is reduced to cliché: ‘These things happen from time to time,’ he says. The protagonist moves from etymology, that is, the breaking down of words, to language itself breaking down. He is misinterpreted and difficult to understand. There is a sense of relief and surety when the narrative passes to his girlfriend, his head and language are confusing places to be.

The novel incorporates numerous viewpoints. Present and past tense are both used, while the narrative moves between first, second and third person, with three characters plus an occasional fourth omniscient voice in evidence. The structure is complex in those terms while the story itself moves simply, if bizarrely, from death to funeral to aquarium. It is the consideration of rays that adds complexity, introduced early on with the phrase: ‘The ray seems to figure what is magical and uncanny about philosophy’. The creatures become a focal point of thought and language, and also perhaps of a literally unfathomable response to death.

We are invited to draw an analogy between the rays and the dead father. The rays are something to be kept alive in a house of death. The father is likened to a fish when he splutters for breath. The tank is likened to his grave as people gather around it. At some point in the novel it occurs to me his father’s name may even have been ‘Ray’. The vicar is said to use ‘the affectionate diminutive version’ of his name; perhaps ‘Ray’ from ‘Raymond’. The name ‘Raymond’ itself appears in the list of names on page 147 with the instruction that it not be shortened to ‘Ray’, perhaps to keep his father’s name separate and sacrosanct.

Incidentally, the rays themselves are named; Mallarme at least significantly and fittingly so, after Stephane Mallarme, the symbolist poet whose work influenced both the Surrealists and the Dadaists.

The end of the novel invites interpretation. Having anticipated the protagonist drowning in the aquarium, not least because of his earlier recital of Clarence’s speech from Richard III (Clarence is murdered by being drowned in a vat of wine), what we in fact discover is a new and larger aquarium in the house containing a single giant ray with the protagonist nowhere to be seen. Whether this is metamorphosis or symbolic substitution, the sheer uncanniness of the vision is a pleasingly perplexing final image. Humanity has been shrugged off in favour of a form that predates language and so predates the anguish of things that might be painfully inexplicable. 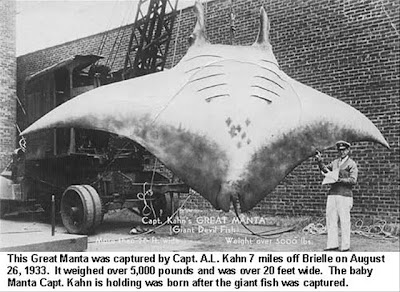 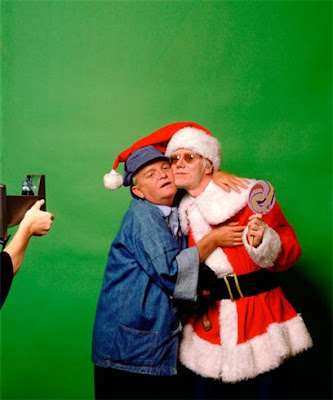 Posted by Unknown at 13:49 No comments: Links to this post