Seems like only yesterday we were perched at the bar in Night & Day Cafe watching the rockabillies and psychobillies suspiciously eyeing each other across the dancefloor. We got wrecked of course and wigged out to Wanda Jackson and Sleater-Kinney and The Crystals. I designed cut ‘n’ paste flyers for the night, all bones and leopard print and flick-knives. One time, Gaz Day from Morrissey’s band took a guest spot on the decks. Happy days.

That was ‘Danse Macabre’, the first incarnation of what would become the Trash-O-Rama collective, way back in 2006/7. Then came ‘Are Friends Eclectic?’, a much more anything-goes night where themes ran from Girls to Manchester to Britpop to John Peel, and where yours truly cut his first DJ teeth. (I think the first tune I ever played was ‘Lazy Life’ – a Super Furries b-side – or maybe ‘AM 180’ by Grandaddy?) 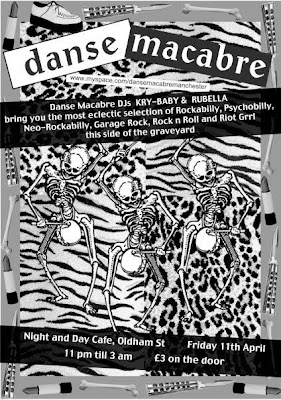 There’s always been something on the back burner. It’s like the Club Kids, they were just doing what they liked, and sometimes loads of people came, and sometimes not, it was just a case of waiting for everyone else to catch up and join in.

Now they have. Trash-O-Rama is a formula that’s found its time. The night itself has pinballed round the city’s sticky basement dens, winning residencies at Homoelectric and Bollox (aka the two best nights in Manchester). Not a bad year all in all. City Life agreed when they gave Trash-O-Rama the Best Alternative Night gong at their end of year awards.

Now the Trash kids are getting their house in order all over again with a re-launch of Trash-O-Rama, kicking off in (anti)style at The Tunnel, that subterranean den of iniquity in Whitworth Street’s Legends (ghost of the Twisted Wheel). The theme is a John Waters Costume Party. ‘Low key’ isn’t really in the Trash vocabulary.

That should be a nice warm-up for when they take over the New Oxford pub on May Bank Holiday as part of this year’s Sounds From The Other City Festival. SFTOC is the musical highlight of the year (yeah you heard right, Warehouse Project). This is an exciting step into the big leagues.

Trash-O-Rama are Polly Esther and Jonny Trash, known to their parole officers as Kirsty and Keith. I forced them to answer questions about the Trash aesthetic and generally what the hell they think they’re up to. 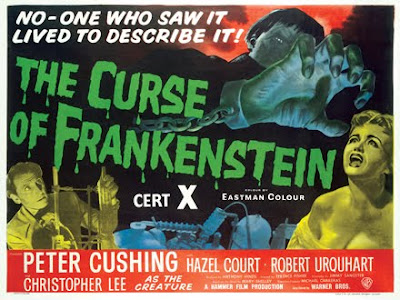 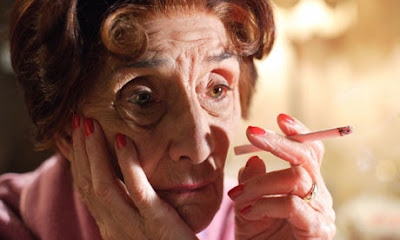 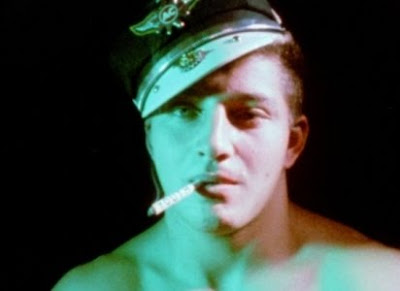 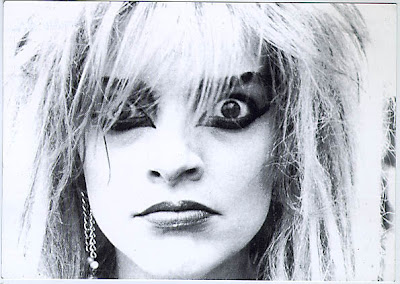 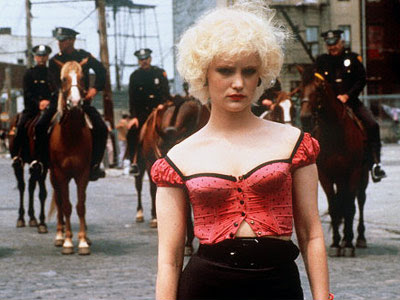 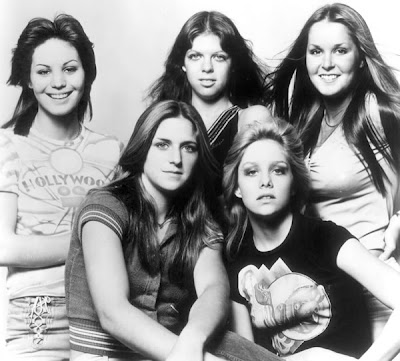 Gimme ONE DAMN GOOD REASON I oughta haul my cookies out of bed for the big Trash-O-Rama re-launch party in March:

Trash-O-Rama were voted Best Alt Club 2010 by Citylife Manchester recently based on our parties at Retro Bar and DJ sets at Homoelectric and Bollox. We are now residents at Homoelectric, taking over the Piano Bar where we have had audio clash battles with the likes of Gay Bingo, 6Musics Jo Good and Lou Hayter of New Young Pony Club and we have continuously had that room packed out while stars such as The 2 Bears, Roisin Murphy and even Erol Alkan have been on in the other rooms with residents Jamie Bull and Will Tramp!
Our reputation as the filthiest club alive is something that many have tried to emulate but don’t be fooled by inferior imitations, Trash-O-Rama will make you bleed, dance, sweat and love! We take on board Homoelectrics motto – “For Homos, Heteros and Don’t Knows” – all are welcome as long as you have a sense of humour and like your tongues planted firmly in cheeks! Mink Stole herself has endorsed the relaunch! She is quoted as saying “This looks like a shitload of fun!” and we aim to live up to this quote at this event and every future event! Manchester clubbing needs a kick up the arse and our DMs and creepers are in full swing!

Trash-O-Rama Rebirth: John Waters Costume Party is happening at Legends on Friday 4th of March. Here’s your Facebook. Dress up to mess up. 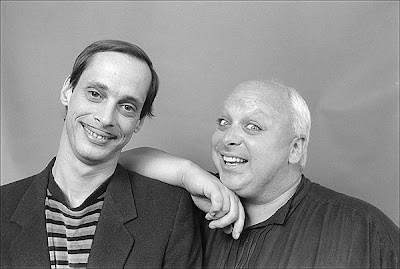 News, events and carnage photos can be found on the Trash-O-Rama website HERE.

Get a tasty preview of the music HERE. 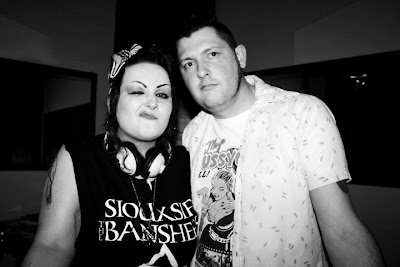 Posted by Unknown at 14:45 No comments: Links to this post

It's HERE
Posted by Unknown at 21:05 No comments: Links to this post

DJing went a bit quiet during my writerly hibernation but I'm back with a vengeance, eight gigs lined up for the coming months, kicking off this Saturday (that's tomorrow!) with Off The Hook throwing the closing party for the Contact Theatre's Queer season. What an honour, and such a cool space to play, very different to our usual sweaty basement shenanigans. For the uninitiated we play quality Black pop music from across the decades, this means hip-hop and r 'n' b, with a smattering of disco, Motown, reggae, ragga, Hi-NRG and ska.
Here's a rundown of some Off The Hook floor-fillers ...
'Shy Guy' - Diana King
'Jayou' - Jurassic 5
'No Scrubs' - TLC
'Mama Said Knock You Out' - LL Cool J
'Mr Wendal' - Arrested Development
'Dare Me' - Pointer Sisters
'None Of Your Business' - Salt N Pepa
'Informer' - Snow
'It's A Shame (My Sister)' - Monie Love
'Miss You Much' - Janet Jackson
We might even play the theme tune to 'Fresh Prince Of Bel-Air'
Facebook event page is HERE.
Spotify taster HERE.
Come pester me in the DJ booth. 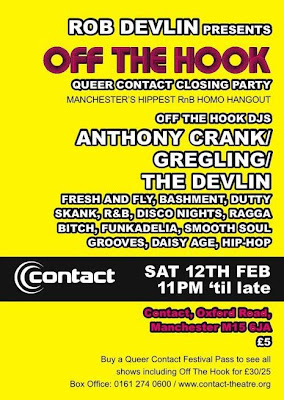 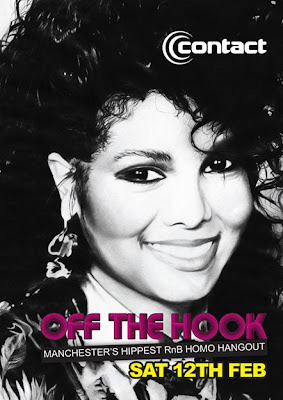 Posted by Unknown at 15:53 No comments: Links to this post

Documentary about the student demonstrations in London. Exclusive screening and Q&A with presenter Alex Miller this Thursday at The Haggerston in East London, see flyer below. 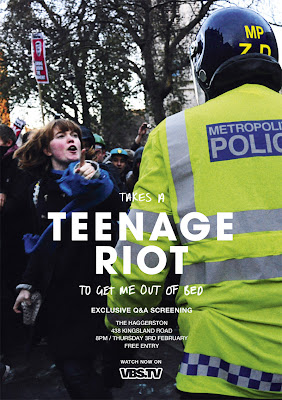 Posted by Unknown at 10:09 No comments: Links to this post