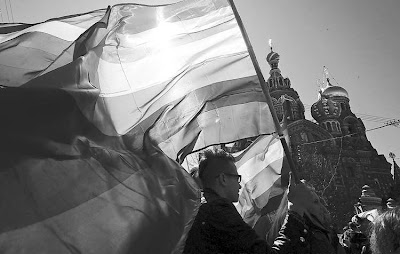 I thought this year I’d wait until the dust settled. It seems it’s very important in Manchester to have an opinion about the annual Gay Pride festival, or at least to tell everyone about it on Facebook. If you run a gay night or two, like I do, some people want to perceive you as some kind of spokesperson. I’m not, but I was needled several times to say something scandalous in the direction of Manchester Pride. I don’t have it in me. I think it boils down to this: Pride as a party, or Pride as a protest/political consciousness raiser? Doing both isn’t really working. At least not for me.

Don’t get me wrong, we need big gay cultural happenings, and we have them: Homotopia, Queer Up North, Duckie at Southbank, Queer Contact... These sorts of events are by and for LGBT people and have been brilliant over the years. Go and find out. Buy tickets. Support them. But spending bundles of pink pounds to hire The Feeling and a reformed Sugababes under a banner of ‘Gay Pride’? How exactly does it ‘celebrate LGBT life’?  I’m not sure I get it. Or want it. If you must attend a Kate Nash concert, just go to one, like everyone else does. I go to gigs all year round, I don’t need Pride for that. I need Pride for something else.

We might be about to get marriage equality in the UK, but worldwide the net is closing in on gay people. It’s real and I am frightened by it. If you don’t have a global perspective about yourself as a gay person, the concept of perceiving yourself as a group at all – which is, after all, the essence of Pride –falters. Except that Pride itself isn’t the place to talk about this, and I wonder if it should be. I am pleased that Manchester Pride expanded its Fringe program to include smaller arts and cultural events, including, crucially, some that take place outside the ghetto. I am glad the Pride Board has a trans* individual on it. I am glad they erected a ‘To Russia With Love’ wall in the Village to show Mancunian’s support towards persecuted people in our twinned city of St Petersburg. I hope they leave it up beyond Pride, I’d like to see it myself. But why Russia now, and not Uganda any other year, or any one of the dozens of ex British colonies where we exported homophobia to in the first place, at any other Pride? It’s complicated, and I’m trying to dance here.

During Manchester Pride, only a paid wristband gets you access onto Canal Street, unless you live there, and even bar staff who work in the Village can’t see the big bands without paying. I put parties on for gay (and non-gay) people outside the Gay Village. I do it all year round and I do it over Pride too. You might think this is somehow divisive, luring punters away from the gay enclave. But sexuality has no postcode, and the Village itself has barely any club space anyway, while the bars during Pride weekend – it has to be said – are overcrowded, overpriced, riddled with bad beer and bad music. I moved away from Blackpool a long time ago to get away from that. It’s not for me.

This year, I’m part of a newly-formed and loose collective of promoters under the name Queer Alt. Manchester who hosted a roster of alternative and non-Village gay and queer events during Pride. If you think we’re cashing in; yes, we absolutely are. Every last one of us donated cash to charities, and paid our performers. As for Pride itself, I’m not sitting in judgement, it would be the height of hypocrisy. It was only a few years ago I went out on the Thursday of Pride, and with very few breaks, kept going one way or another until the Monday. Trust me, I wasn’t thinking about St Petersburg then.

Besides, I’m not sure what form a more politicised Pride would take anyway. For the most part I’m an armchair activist. The odd demonstration aside, I’m all about petitions, letters, angry Tweets, political discussions, charity donations, that kind of thing. Are you much different? But I would like another way to get to meet the community sometimes, one that didn’t involve booze. Especially now, when I feel so powerless to contribute to any kind of positive change in the world. I feel hopeless when I think about Uganda or Moscow, never mind Damascus or Cairo or Palestine. But this has happened to me before, and the way I got out of it? Reading Angela Davis and listening to Larry Kramer. Watching REDS. Reading about mass resistance and small victories. Watching TED lectures about community action and feminism. Watching ACT-UP videos on YouTube. Watching We Were Here. This is where something like Gay Pride should come in, to bolster that feeling of insurmountable human aggression and oppression, to tackle the apathy that inevitably follows. Watching Barclays Bank drive a truck down Deansgate decked out in this year’s designated Pride theme (‘The 1980s’) was never going to do that for me. And I really need it.
Posted by Unknown at 20:08 3 comments: Links to this post

‘I’ve lived all over – Glasgow, Leeds, Sheffield, Sydney – but always come back to Manchester. Well, we do, don’t we?’ 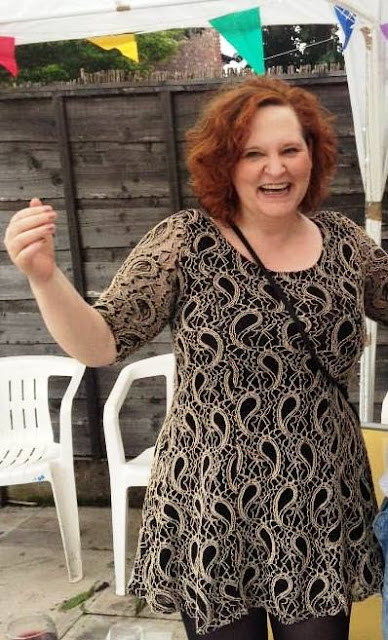 I’m a qualified journalist and university tutor but, sadly, I’m currently ‘between jobs’. Any offers gratefully received. Just nothing where I have to add up; like many journalists I’m useless at maths.

A lovely, little housing association flat in Levenshulme, south Manchester. As tatty as the A6 is, I’m not sure there’s another part of Manchester I’d ever choose to live in. I’m listening to the police helicopter overhead as I type. How romantic! 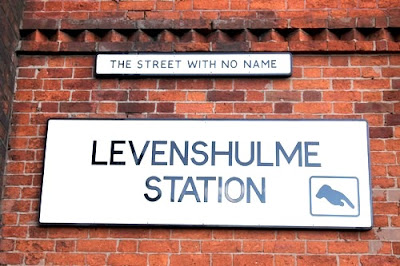 I was born in Droylsden, moved to London as a child then returned with a very strong Cockney accent. Growing up in Newton Heath, being bullied at school and listening to The Smiths, made sure I was soon back talking properly. I’ve since lived all over – Glasgow, Leeds, Sheffield, Sydney – but always come back to Manchester. Well, we do, don’t we?

It’s home; it really is. I think whether you were born here, or you’re a ‘woolly back’ from Droylsden, or you’ve arrived from wherever, Manchester will end up feeling like home and has done to people for decades, centuries. It also has a political history to be proud of, writers to admire and buildings that still take my breath away (I mean the Town Hall, not Beetham Tower!).

The poverty; Manchester has some of the most deprived areas in the country. Its children are some of the poorest. Manchester Central has the highest percentage of children living below the poverty line in the UK; some 47% living in poverty. Wood Street Mission in the city centre has seen a big increase in the number of families needing basics like school uniforms. It’s a national problem but Manchester’s ‘glitterati’, the so-called regeneration, with expensive, exclusive apartment blocks, and the sometimes homogeneous feel of the city makes the division of rich and poor all the more real. As a city we should be appalled by this!

I still love the Town Hall. I know it was built rather than clear away slums; I know that decision was expensive, arrogant and boastful but, blimey, it’s beautiful inside. I also like Urbis and I’m fond of some of the 60s architecture that others hate; Piccadilly Plaza has a place in my heart. I find a lot of the ‘regeneration’ buildings ugly: the Chips building, for example. I just think such blocks are soulless, community-sapping monstrosities. I really don’t like Beetham Tower, either; I don’t care if it whistles, it looks like Lego. 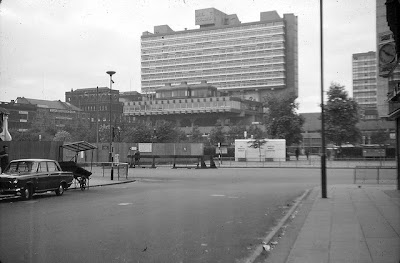 Obviously any Manchester socialist would have to say Mary Burns who gave Engels the chance to see first hand what it was like for the Irish living in Manchester in the mid-1800s. Ok, I know she was Irish. In fact, she lived in Salford not Manchester. Oh, I’m claiming her as ours for the purposes of name-dropping! And, in no way connected at all, Les Dawson. I have a real soft spot for Collyhurst-born Les Dawson. Many will reel, thinking of his mother-in-law jokes, but you have to remember the way young couples were forced to live with their mothers-in-law back then, and humour would be a way to cope! I’m also growing increasingly fond of Terry Christian who seems a wise, tolerant and interesting auld fella.

I like the Cornerhouse. I remember being taken there on a school trip when it first opened and I think it’s still a comfy place to sit and get quietly drunk, while discussing books and that. I also like Rusholme and would take any visitor there for a decent, cheap curry. Oh, and I love Lounge Ten. I was born for its style and decadence but can rarely afford to go; if anyone wants to take me …

I think Manchester has to remember and celebrate its radical political history. The Peterloo Massacre memorial will go some way to achieving that but the co-operative movement, the trade union movement, the suffragette movement – all these Manchester firsts should be an obvious, celebrated, recognised, constant part of our city’s heritage.

I wouldn’t. I think it’s a silly role.

Posted by Unknown at 22:16 No comments: Links to this post