'Warhol and the Diva' at The Lowry Galleries

There’s no need to consider everything that shows at Lowry Galleries in the context of Lowry himself, but it’s no bad starting point. I’m not the biggest Lowry fan, I like my working classes to have real faces, my favourite pieces are the portraits rather than the grim matchstick effigies. As you move through the Lowry collection on your way to ‘Warhol and the Diva’ though, take a good look around, at his portrait work in particular. The selection of Warhol pieces brought together for the first time under the banner ‘Warhol and the Diva’ have more in common than you might think with the gallery’s namesake.

Lowry’s pieces record anonymity, Warhol’s subject is international celebrity, but Warhol’s transference of faces from starched death-mask Polaroids to too-perfect, gaudy block-coloured multiple reproductions is an exercise in reductive (and seductive) celebrity branding. How many versions of Jane Fonda or Marilyn are necessary to efface the original, the ‘real’ version? Suddenly the less-than-unique duplicate figures peopling the adjacent gallery don’t seem at such a remove.

Lowry painted people he saw around him every day, and so did Warhol – Joan Collins and Debbie Harry were the people he saw every day. Warhol conferred particular status on his subjects through imitation and (mass) reproduction, and the connection between Lowry’s factories and Warhol’s Factory is one consciously drawn upon in our own cultural heritage. Factory Records was a postmodern morphing of those two disparate places. 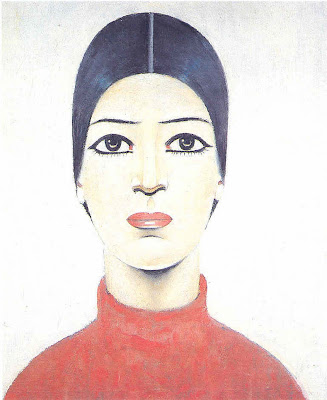 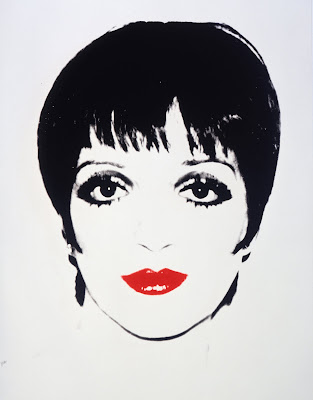 Enough about Manchester though, the modest gallery space here seems far from any Northern city. The décor is part MOMA, part boudoir. The rooms have been fantastically adapted to house work ranging from screen prints and Polaroids to film and sketches – a movie room, corridor and walls of blown-up monochrome snapshots complement loud technicolour prints. Warhol’s trash aesthetic and love of genuine glamour were at scintillating odds through his career and the same applies in the kitsch yet considered presentation of this collection.

The corridor of reproduction ‘Interview’ magazine covers is a surprise highlight – the mass reproduction represented by magazines is something even Warhol’s screen-print Factory days could not have matched (but which Manchester’s printing presses easily could.) Liza and the Marilyns are exhilaratingly iconic of course, but stand also in migrained glory before Pia Zadora, rendered in the colour of children’s toys. The naff cache of Zadora and the questionably talented Lorna Luft have an inherent camp value only a queer sensibility like Warhol’s could sense the value of.

The theme of ‘Diva’ pulls the collection neatly together. Jagger and Divine take their anrodgynous place under this banner, as does Warhol himself in the seldom-seen Christopher Makos portraits that chronicle Andy in make-up and partial drag. The movie installation shows the lengthy preparation for the original photoshoot – Andy has false eyelashes and heavy white make-up applied in a kind of mesmerising but much-improved version of his early endurance-testing movie work.

It’s not unthinkable that the term ‘Diva’ itself might continue to evolve under such observations – from its origins describing a lead female opera star, later to the gutsy heart-and-soul female icons of the disco era, to its current besmirched condition as a term connoting any belligerent female celebrity. It may one day go on to mean a powerful feminine or androgynous presence – such as one that might have been immortalised by the artist Andy Warhol …

‘Warhol and the Diva’ is showing at The Lowry Galleries until Sunday 25 September. Entry is free.

Thanks to Catherine Braithwaite and Kate Farrell for the viewing.

Posted by Unknown at 22:40 No comments: Links to this post 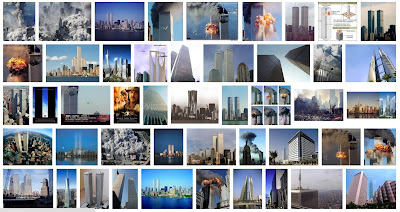 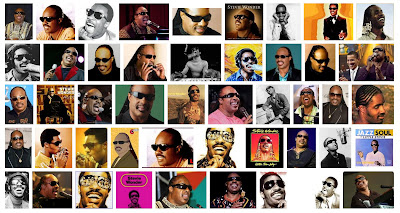 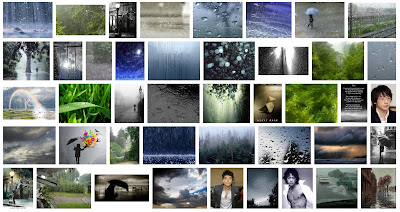 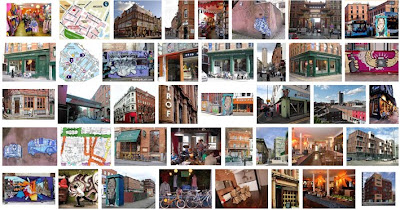 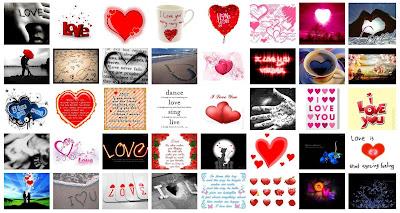 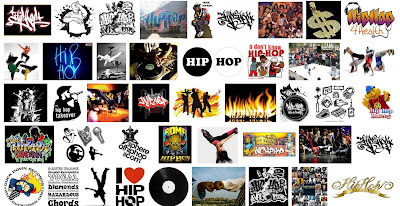 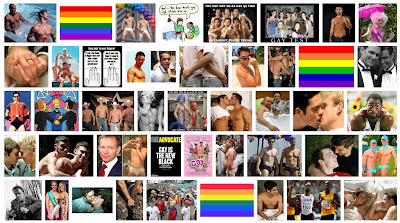 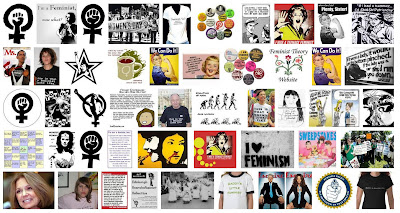 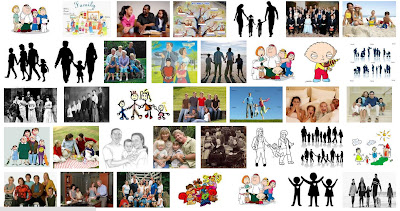 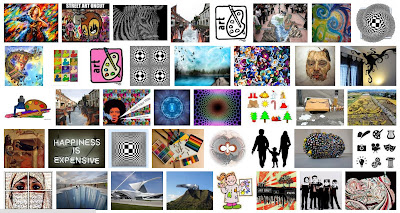 Posted by Unknown at 12:30 No comments: Links to this post

Last year, for the first time in ages, I bought a wristband for the Gay Village over Pride weekend. I wanted to go to Pumping Iron (which was brilliant) and I wanted to see Kelis (but we couldn’t get into the enclosure). This year I don’t have many reasons to brave the fences that shoot up in my neighbourhood overnight. I had to Google ‘Pixie Lott’ (nope, not ringing any bells) and ‘Alexandra Burke’ too (shocking isn’t it? … I run an RnB night too …) My favourite thing about Pride weekend is the feeling that for one long weekend we own the city. I need to be able to see the city to get that feeling so no fences for me this year.

Besides, this year’s official Pride Fringe events, which either take place on dates before The Big Weekend or in venues outside the Village, or both, are varied and impressive and can be found listed in a handy PDF guide HERE.

Aside from all of that you could do a lot worse than camp out at Kraak for three days. Recently name-checked in the Guardian as one of the best crossover venues in the country, Kraak, off Stevenson Square in the Northern Quarter, boats a devoted studio/gallery space and, just across the tiny alleyway, a club/gig venue to boot. 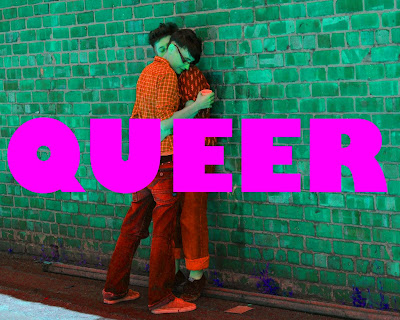 Art-wise, Kraak Gallery will be home to the ‘Queer Kraak Art Show’ kicking off the long weekend on Thursday 25th with a morphing roster of visual art, performance, music and discussion. Think of it as ground-zero for meeting the most creative queers in the city for the whole weekend. Eyes peeled too for rumoured renegade guerrilla art happenings on late Thursday afternoon down Canal Street itself before the gates are erected … Queer Kraak Art Show runs until September 1st and whatever your taste in art (or sex for that matter) remember that venues like this one are an asset to the city, go and find out why. 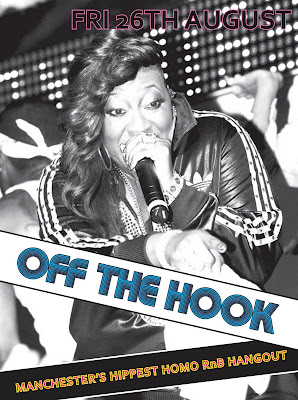 Friday 26th is my very own party, Off The Hook, taking all the butch/femme/queer dancefloor appeal of RnB culture and dishing it up to our friendly and frankly gorgeous punters. Our last party at Kraak was our best yet, it’s a venue that makes everyone feel at home and we did. We play RnB, hip-hop, Motown, reggae, soul, disco and straight up shameless pop, 10 pm till 4 am. Don’t ask me for funky house you’ll only make me cry, Canal Street is thatta way … ‘She-rapper she-rapper wicked ‘n’ mean ….’ 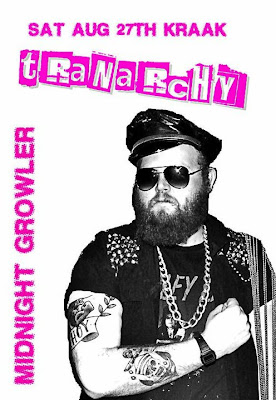 Saturday 27th is the inspirationally-named ‘Tranarchy’, presenting their special ‘Showgirls’ Party. The remit: ‘celebrating the best and most outrageous in Manchester's drag and alt queer cultures!’ These kids pulled off the legendary Vogue Brawl so this will be epic. Early doors at 8 pm if you want to get inspired by the appallingly good movie itself. The Blige Sisters and Pumping Iron DJs are amongst the array of post-movie entertainment. 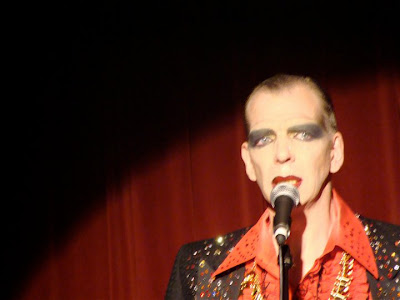 Sunday 28th and no Pride Weekend would be complete without Club Brenda and Manchester’s Queer Patron Saint David Hoyle providing a moral corrective to your lavish mainstream leanings. Brandish your wristbands in glorious shame! (if you’ve got ‘em ...) David will be joined by Twat Boutique DJs and Organ Freeman, both of which are a pleasure simply to TYPE. Party starts 9 pm. 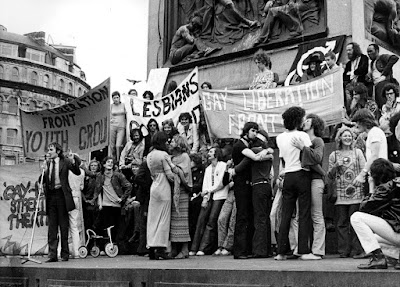 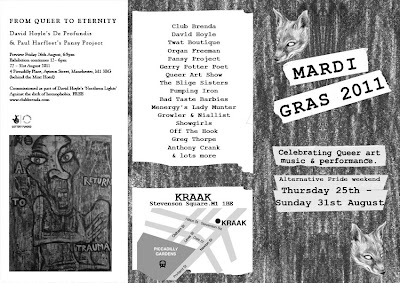 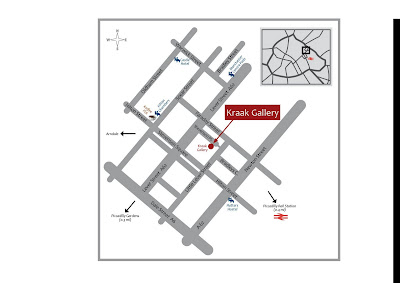 Every person who is writing a novel at some point compiles one of these lists in the vain hope that it will somehow contribute to their writing project. It won’t and it doesn’t and here is mine …

Situationist slogans from May ’68 …

Before writing, learn to think!

I have something to say but I don’t know what!

I don’t have time to write!

‘As every dullard knows, the historical novel is neither history nor a novel. History means footnotes and careful citations from others tenured in the field, while the “serious” novel is about the daily lives of those who teach school and commit adultery.’

‘Only bad writers think that their work is really good.’

‘Dinginess is death to a writer…the damp small confines of the mediocre and the gradual corrosion of beauty and light, the compromising and the settling; these things make good work impossible. When Keats was depressed he put on a clean shirt. When Radclyffe Hall was oppressed she ordered new sets of silk underwear from Jermyn Street. Byron, as we all know, allowed only the softest, purest and whitest next to his heroic skin, and I am a great admirer of Byron … To do something large and to do it well demands such observances, personal and peculiar, laughable as they often are, because they stave off that dinginess of soul that says that everything is small and grubby and nothing is really worth the effort.’

‘Never use a verb other than "said" to carry dialogue.’

‘From an early age they knew what little value the world placed in books, and so didn’t waste their time with them. Whereas I, even now, persist in believing that these black marks on white paper bear the greatest significance, that if I keep writing I might be able to capture the rainbow of consciousness in a jar.’

‘Rejection slips, or form letters, however tactfully phrased, are lacerations of the soul, if not quite inventions of the devil - but there is no way around them.’

‘He didn't even know how some of his books ended. That's part of what makes those books existentialist masterpieces.’

‘[T]o write is to practice, with particular intensity and attentiveness, the art of reading. You write in order to read what you've written and see if it's O.K. and, since of course it never is, to rewrite it — once, twice, as many times as it takes to get it to be something you can bear to reread.’

‘Every writer I know has trouble writing.’

‘A man will turn over half a library to make one book.’

‘It's like driving a car at night. You never see further than your headlights, but you can make the whole trip that way.’

Man at a party: I’m writing a novel.

Peter Cook: Oh really? Neither am I …

Posted by Unknown at 20:10 No comments: Links to this post