On Dave Haslam and Abba

There seem to be two trains of thought regarding Dave Haslam in Manchester. One is that he was a key player in the city’s astonishing musical renaissance, the other is that he was something of a warm-up man for the real acts, that his forte was the student disco and perhaps time has been kinder to him than it should. I’ve met him briefly and heard him read and he’s a sound and very lovely bloke. I’ve yet to read his Manchester, England book. In fact I was about to buy it when I noticed that he’s written another, called Not Abba. Here’s what he says about it:

"I grew up in Birmingham in the 1970s, and I honestly never met anyone who liked Abba. My big sister and her friends were into the Faces, and Neil Young, and Fairport Convention, and my little brother had a thing for Led Zeppelin (he had all their bootlegs). The thing about Abba then was that I [had] trouble relating to all that 'Mamma Mia' and "I could dance with you honey, If you think it's funny" stuff to what was happening in the streets of our towns and cities; high rise tower blocks collapsing, trade union strikes, widespread racism, rising unemployment, gay liberation, and football hooliganism. And the thing about Abba dominating histories of the 1970s now is that not only is it a distortion of the past, but it's also symbolic, I suppose; symbolic of the way our society can only be comfortable with a sentimental view of our history, that conflict and struggle are best forgotten. Not Abba is about everything TV programmes like 'I Love the Seventies' don't understand or don't want to acknowledge."

There’s a phrase in here which troubles me:

"I [had] trouble relating to all that 'Mamma Mia' and "I could dance with you honey, If you think it's funny" stuff to what was happening in the streets of our towns and cities; high rise tower blocks collapsing, trade union strikes, widespread racism, rising unemployment, gay liberation, and football hooliganism …"

Well is that how people listen to music? Relating what’s happening in the world to the records on your turntable? Is Dave still doing that today? I wonder if the sets he plays address recession, Iraq, the two-party system? I’m being facetious I know, but it’s to make a point. I think his sentiment misses something quite fundamental about the way people actually use art, and perhaps significantly for Haslam, it back-writes some cool into his own story. 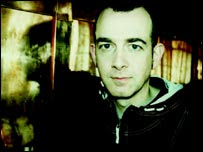 When I was young and miserable I played my Smiths albums endlessly, in part for the delicious wallowing but also for the comfort that someone older and wiser felt as I did and had made something beautiful, a life in fact, out of it. When I was older and actually depressed and having counselling I couldn’t play that music. I can’t play it now as it happens because The Smiths were something my boyfriend and I shared and it will be a long time before I can play ‘There Is A Light That Never Goes Out’ without crying. Instead I get ready to go out playing ‘Got To Be Real’ by Cheryl Lynn, ‘I’m Coming Out’ by Diana Ross ('don’t let it show on your face', girlfriend). Back in the dark days I would play ‘Hush The Warmth’ by Gorky’s Zygotic Mynci over and over again and it covered me like a duvet,. When I went out I danced around to indie pop and I got away from it all.

So there are two things to say about Dave's premise. First, what about escapism? What about ‘only when I’m dancing do I feel this free’? It’s interesting that he mentions gay lib, it was in the seventies that gay people won unprecedented freedom and it began, and expressed itself best, on the dance floor. Those kids weren’t dancing to Led Zep or Ziggy or The Clash though, it was D.I.S.C.O. all the way. Escape from the grime and the name-calling and the lying and the shrinks and the furtive loveless sex and dancing into a new life. Escape! Imagine you’re a gay, black, fifteen-year-old lad living penniless in a tower block in a crumbling British city in the 70s. How could the power of ‘Dancing Queen’ not lift you towards something, somewhere else you’d rather be? Taylor Parkes wrote:

“You can dance, you can jive / Having the time of your life ..” Outrageously poignant chords clash, collapse .. THIS is the time of your life, it will get no better than THIS, this transient transcendence, this petit mort … “Dancing queen, feel the beat of the tambourine …” - rarely (never?) in the history of popular song, has one word, any word, been loaded with more gut-wrenching emotional violence than that massive brimming “tambourine” in the second chorus of ‘Dancing Queen’. It spills over with poignancy, chased by a blaze of helpess, skyscraping cries …"

Now there’s someone who understands pop music. I realise that Abba, as Haslam indicates, are being used symbolically to represent the sheen which the nostalgia industry has put on the 70s. It’s worth pointing out the obvious though, that during this decade of poverty, social unrest, strikes, depression, violence, Abba were the biggest pop group on the planet and by a long way. The nostalgia industry didn’t manufacture that fact. Makes you wonder why? When there’s a war on you don’t get every book you can from the library about war and play sad songs all day long. At least that’s not all you do. You dance and drink and screw, get ratted, gather round the joanna and have a bloody good sing-song and a knees-up, don’t you? 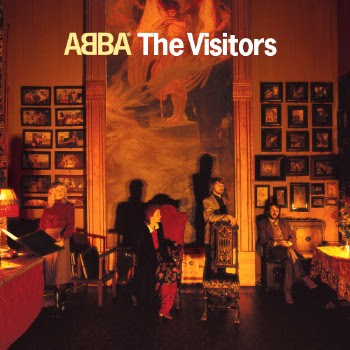 Of course you need art you can relate to, always, but I don’t buy the premise that art which addresses the conditions of its own production is superior to art which 'makes another thing possible', to quote Toni Morrison. In other words I don’t see an essential difference between ‘You can dance, you can jive, having the time of your life …’ and ‘This town, is coming like a ghost town, all the clubs have been closed down, this place, is coming like a ghost town, bands won't play no more, too much fighting on the dance floor …’ Each serves its purpose in its own unique and beautiful way. Are The Specials a more important band than Abba? I’d like to hear you argue that one. Go and play ‘Slipping Through My Fingers’ now, before you decide. It could be argued the 80s were as bleak a decade in their own way as the 70s had been. I recommend Dave digs out The Visitors (1981) for a beautifully executed exercise in tenderness, anxiety, sadness and alienation. It’s that good a record. They don’t mention this album on 'I Love The Seventies' either. In fact they do Abba as much a disservice as Dave has.
Posted by Unknown at 18:22

I remember it well! Hee hee.

Thanks for buying the 'Not Abba' book. I hope you've now got a bit further on than the first few pages and I hope it's pleasing you more as you read on; as you say, Abba are used symbolically I guess, and my argument is that there were millions of people who didn't 'get' Abba; the Black Sabbath fans, the Joy Division fans etc etc. And that one of the main reasons people didn't 'get' Abba was because "Well I can dance with you honey If you think it's funny" just seemed lacking in something!! If you were thoughtful, and a bit f*cked-up it was just nonsense that kinda stuff (the Carpenters were better for sure). I'm celebrating an alternative view of the 1970s. However, I'm most dismayed you haven't read 'Manchester England', especially as you're clearly someone with a big interest in the city. 1999 it came out! Ask for it for Christmas. It was the 'Sunday Times' Music Book of the Year 1999.On World Book Day in 2003 'Manchester, England' was declared one of the ten books that best represent England (alongside books by the likes of Jeremy Paxman, Zadie Smith, and George Monbiot). And it's in Fopp; so it's got to be worth a look and it's easy to find! "Escape" is an important theme in it I think. I talk about "the urge to escape" a lot (through music, clubs, drugs...). There's also a piece on my website about "The Politics of Dancing" which you might like. There are lots of ways to be lost in music. xx

nice quote from the taylor parkes piece. i still treasure the free MELODY MAKER book that comes from. as do a remarkable numver of people i've met over the years.

Gregling, looking for the Taylor Parkes piece on The Visitors, I chanced upon your blog. You, too, understand pop music.

Haslam is about 48yrs old now as of 2010 (a year older than me)... so when Mamma Mia was in the charts (1975), he would be around 13yrs old. Just the age when you would be losing sleep over rising unemployment & gay lib & the political state of the country... unless youre a rewriter of your own history, and a liar, of course (so no doubt you're correct about the back-writing for coolness).
But then like all earnest socialist/lefty-activist types, he's hated Margeret Thatcher since he was born, and probably before that.. or something.

Anyone who doesn't 'get' ABBA's music, doesnt really have a soul.

Just for the record, my Top 2 all-time fave bands of all time are Abba & Joy Division, so i is halfway to being cool like Mr Haslam.