‘When I’m trying to impress, I usually describe everything as ‘neo-Gothic’… The Beetham Tower? That’s neo-Gothic, that is…’ 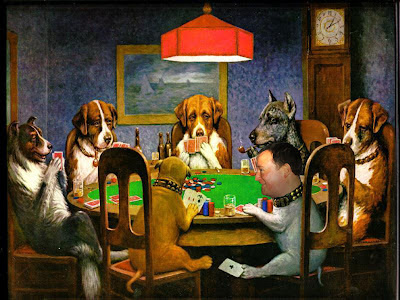 Fat Roland, although in prison, my name was Masher McManus. Ha ha. I jest, of course. It was Susan McBruisin’.

I sit around in my pants playing Grand Theft Auto 2. Sometimes I write blog posts about irritating music, sometimes I make music, and most weeks I can be spotted rolling around drunk on a stage under the guise of “performance prose”. I have been known to run Blackwell’s bookshop in Manchester. Dig deep enough into my past and you’ll discover a long stint as a journalist on the South Manchester Reporter. I became a journalist when I was 17. This is why I am not educated.

I live in a valley at the arse-end of Didsbury. It’s not much of a valley, but it does mean that everywhere else is uphill and we are regularly flooded up to our necks in Mersey water, Tesco trolleys and gravestones from St James’ church. I wouldn’t swap where I live for all the gold teeth in Stockport: it’s leafy, it’s peaceful and I can walk naked for miles without anyone noticing.

I was born in Withington Hospital while Gary Glitter’s ‘I’m The Leader Of The Gang (I Am)’ was spending its fourth week at number one. Sometimes I wish I had been five months overdue so I could be born when Suzi Quatro was number one. I stayed in Manchester because I bloody love Manchester. If you live anywhere else, you might as well be dead or at least very ill and spending a lot of money on prescriptions. Like most Manchester residents, very few of my friends are actual Mancunians. This is why I poison their drinks with Windowlene when they’re not looking.

The people. And the guns. But mainly, the people.

I recently did a talk for the Manchester Histories Festival in which I had a break-down on stage at the over-abundance of underwear retail since the 1996 IRA bomb. So maybe that. Despite the vitriol spewed on stage and on my blog, my spectacles are fairly rose-tinted. If I found Robin Gibb on Oldham Street defecating onto a shattered photo frame of Ian Curtis whilst screaming “THIS IS WHAT MANCHESTER’S COME TO”, I’d probably just assume it’s an exciting new performance art piece funded by a generous and creative city council.

I like architecture and I wish I knew more about it. When I’m trying to impress, I usually describe everything as ‘neo-Gothic’. That Urbis? It’s neo-gothic. The Beetham tower? That’s neo-Gothic, that is. The pointless concrete wall in the middle of Piccadilly Gardens? Neo-shite.

We gave the world Anthony Burgess, Emmeline Pankhurst and Burt Kwouk. And Reni from the Stone Roses. And Les Dawson, of course, who was a genius. Manchester is not just built by Mancunians, but is also built by people that have come to this city and made it their own. Adopted Mancunians are as venerated here as birth Mancunians. This is a good system. So if we have a crap birth Mancunian like Bernard Manning and a brilliant adopted Mancunian like Alan Turing, then we fiercely boast about the adoptee rather than the native. This is called ‘spin’ and it’s a good thing.


Deep breath....
Nexusartcafethecastlethegreenroom(rip)sandbartheroyalexchangebolloxningrestaurantblackwellsbookshopportstreetbeerhouse3mt(afflecks)fringebullsheadkraakthecornerhousebritonsprotectionviafossa(10yearsago)soupkitchenandalltherecordshops. And the suburbs too. South Manchester is full of great hang-outs. 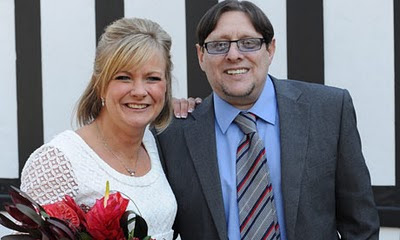 A 50-foot bust of Shaun Ryder.

Lock myself in a dungeon and only be fed insects and spit. I don’t see the point of a mayor. You spend all day doing bugger all, blinged up like Mr T in the back of an expensive car with a personalised number plate. We have a name for those kind of people: Tories. If we decide to have an elected mayor, I’m taking this city by force. My benevolent dictatorship shall rule for a thousand years. Men shall wear dresses and all shall learn the Fat Roland Dance.

Fat Roland will be co-headlining the next 'Word Soup' in Preston with his #Flashtag writing collective. Details here.

Great interview, made me laugh a lot, especially the part about poisoning the non-mancunians.